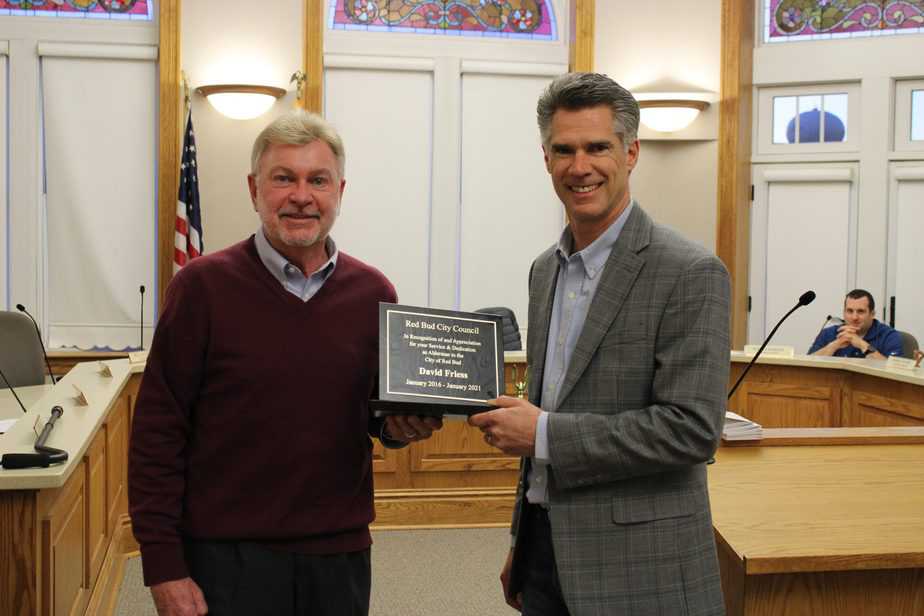 THANKED FOR SERVICE–Mayor Tim Lowry on Monday night also thanked David Friess for his service on the Red Bud City Council, presenting him with a plaque.

Two recognitions were made at Monday night’s Red Bud City Council meeting, the first for area Girl Scouts and the other thanking David Friess for his time on the council.

Lowry then recognized David Friess, who had served on the city council from January 2016 to January of this year, stepping down as an alderman following his November election win for state representative in the 116th District.

He thanked Friess for his service and presented him with a plaque.